Nepalese man with tumors covering haNews: lf of his face finally has it removed after cruel strangers branded him a ‘devil’ (Photos)

A Nepalese man with tumours covering half his face has finally had it removed.

Ashok Shrestha, 60, from Kathmandu, Nepal suffers from neurofibromatosis, a rare genetic disorder that causes tumours to form on his nerve tissues.

The former accountant has had the tumours on his face since he was two years old, and by the age of 30, they had grown to over six inches in length covering over half of his face and blinding him in his right eye.

Before his surgery, Mr.Ashok said cruel strangers branded him a devil in a past life while some would take photos of him without his permission.

Despite traveling to India for surgery in 1989, the tumours continued to grow until he met Dr. Mckay McKinnon, a plastic surgeon who specializes in the removal of large tumours. 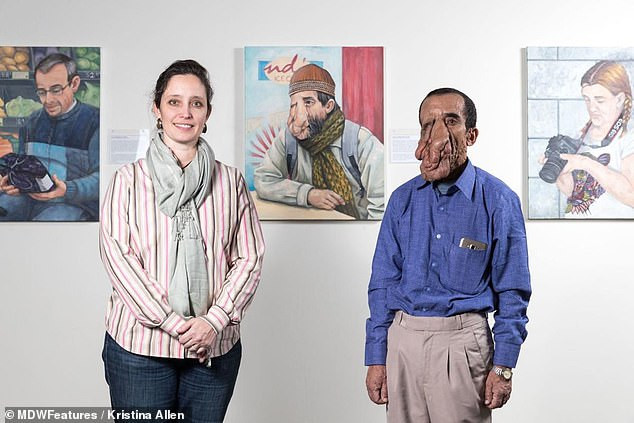 Ashok began his crowdfunding efforts with the help of London-based singer Kristina Allen, 24, who grew up in Kathmandu.

Taking to social media, Kristina began a Go Fund Me page for Ashok and was able to raise over £31,000. 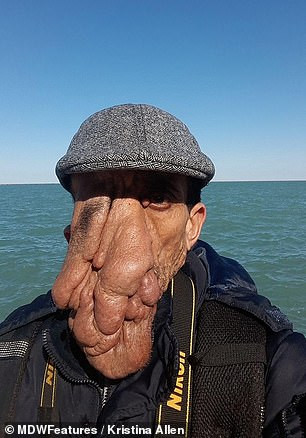 In March 2018, Ashok had his first surgery and since then has had five further surgeries that have reduced the size of his tumor by 90 percent. Following the progress made so far, he can now communicate clearly and he has been given a prosthetic eye after going blind in his right eye. 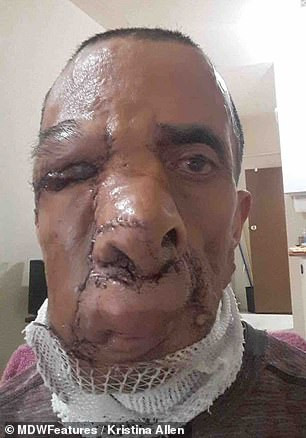 The significant growth in confidence has led Ashok to secure a job in a Nepalese restaurant in his new home, Chicago.

‘When I was two, a doctor visited Nepal from London and I had my first operation,’ Ashok said.

‘The tumours kept growing though. Nothing really changed until I was thirty and then I underwent further surgeries in India to try and remove the tumor that now covered half of my face. 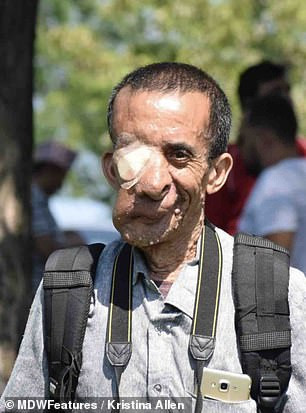 ‘These surgeries in India were unsuccessful. People had started to become scared of me and the way I looked.

‘The large size of the tumour on my face made it very difficult for me to eat and drink. My speech was also disturbed, making it difficult for other people to understand what I was saying.

‘Someone even said ‘you were a devil in a past life,’ because of the way I looked

‘In Nepal, conditions like his often carry a stigma. People stare at me for long periods of time making me feel very uncomfortable.Some people even come right up to my face to interrogate me – asking me why I look this way.’

‘With the help of Kristina, we managed to start a crowdfunding campaign and I’ve since had five surgeries in America which have all been very successful.

‘They have managed to remove ninety per cent of the tumour on my face and I now have a prosthetic eye. I can’t believe the improvement after all this time.

‘I recently also got a job as a cook in a Nepali restaurant in Chicago and I’m starting to feel accepted and a part of society.’

Ashok added that he hopes that one day he will be seen as just another regular person. 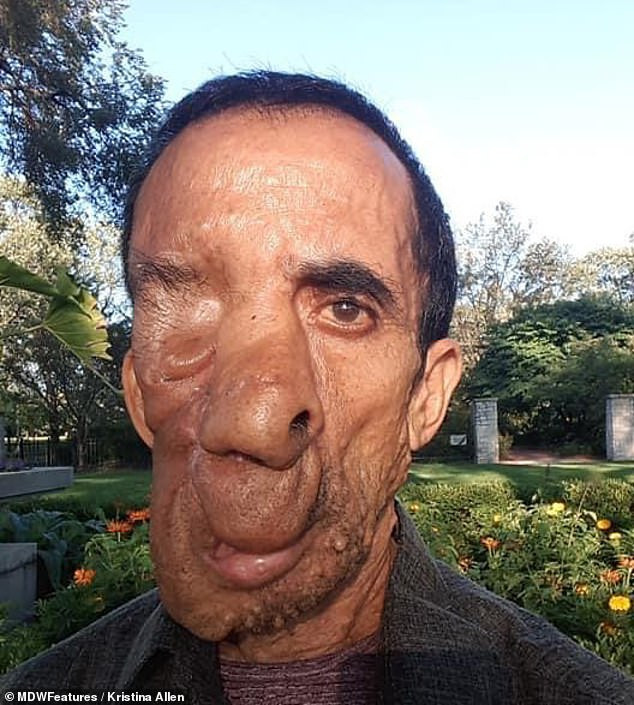 ‘I no longer face the level of harassment I once experienced in Nepal,’ Ashok said. ‘However, some people I encounter still stare at me. I very much wish to be seen as just another human being.

‘I’m hopeful that one day, this day will come – especially as my remaining tumours should be removed in the future. If the opportunity is there, I would love to do some courses that would enable me to get better employment.

‘My dream is to set up a foundation that would help people like me with neurofibromatosis find employment to give them the support that is needed to get through life. My happiness would come from making a positive difference to people who suffer from neurofibromatosis.’

With at least two more surgeries, doctors plan to remove as much of the remaining tumour as possible.

News: Cristiano Ronaldo’s home broken into' as a thief ‘gets in through garage door’