Transporters Fight The Nigerian Government; Fare Prices May Increase by 500%

This is to notify the general public of the challenges being faced by passenger transport operators in Nigeria as a result of the multiple unfounded and unlawful taxes being imposed by the government at the federal, state and local government levels as well as inform the public of the possible increase in fare prices if this issue remains unaddressed.

For countless years, the government across the country have preyed on the road passenger transport operators through the imposition of multiple unsubstantiated charges. States such as Lagos, Abia, Rivers, Imo, Enugu, Kaduna, Delta and the Abuja Municipal Area Council are notorious for ceaselessly demanding the payment of one levy or the other from organised transport operators purely for financial gain and not caring about the impact this open show of greed has on the profitability and sustainability of the affected businesses.

This, in addition to some of the other issues that plague the industry such as complete lack of support from the government, bad roads, indiscriminate harassment of passengers by law enforcement officers, insecurity, high interest rate on loans etc. has resulted in transporters considering increasing fare prices significantly as a survival mechanism.

Here are samples of demand notices/taxes received by just one transport company in a month. 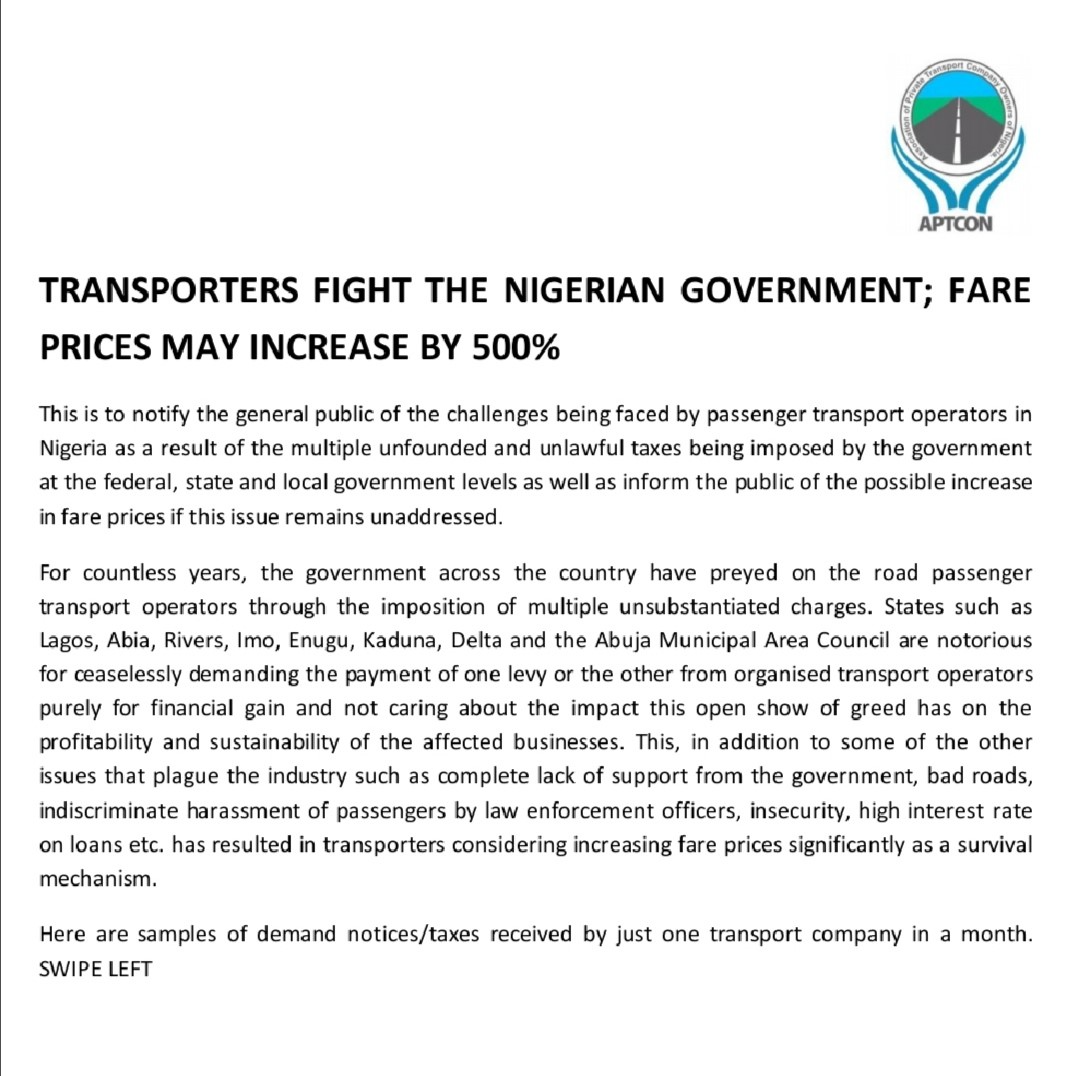 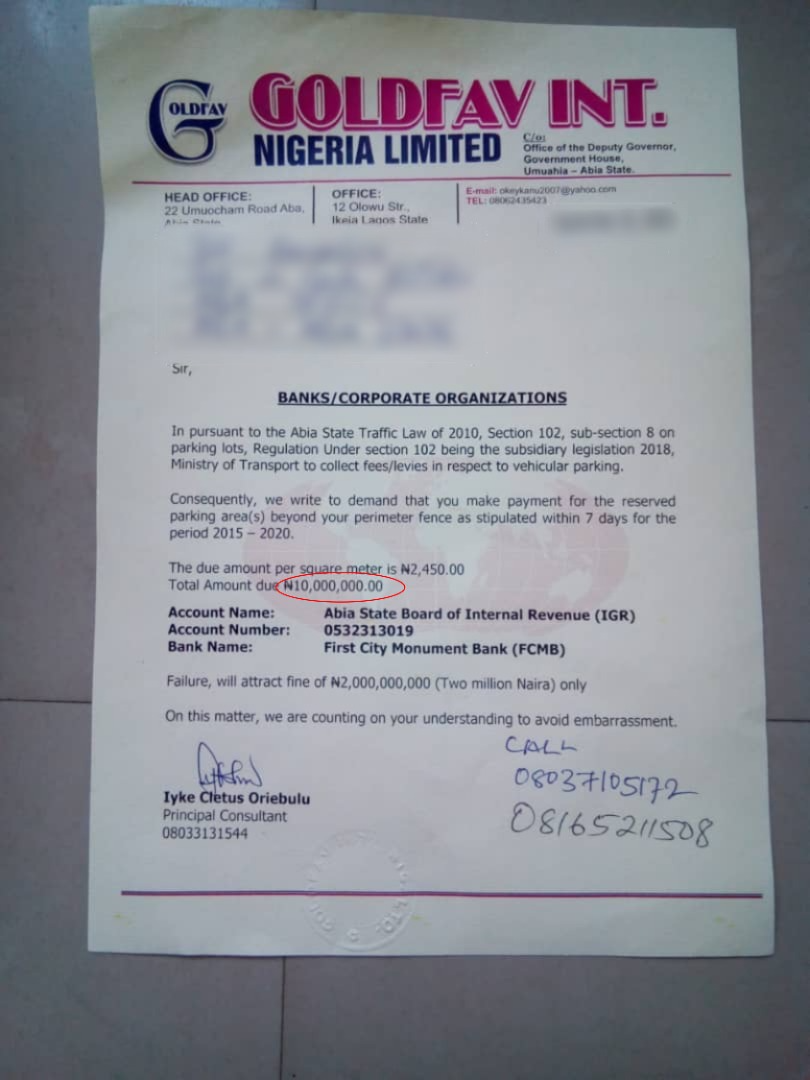 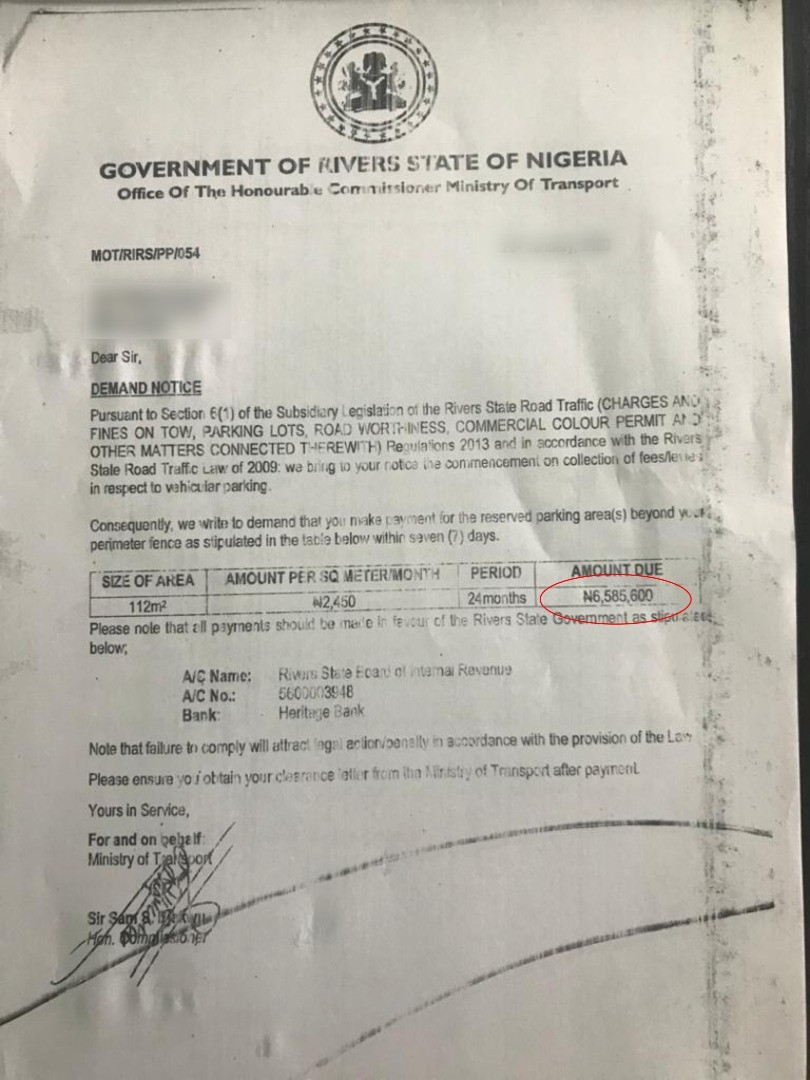 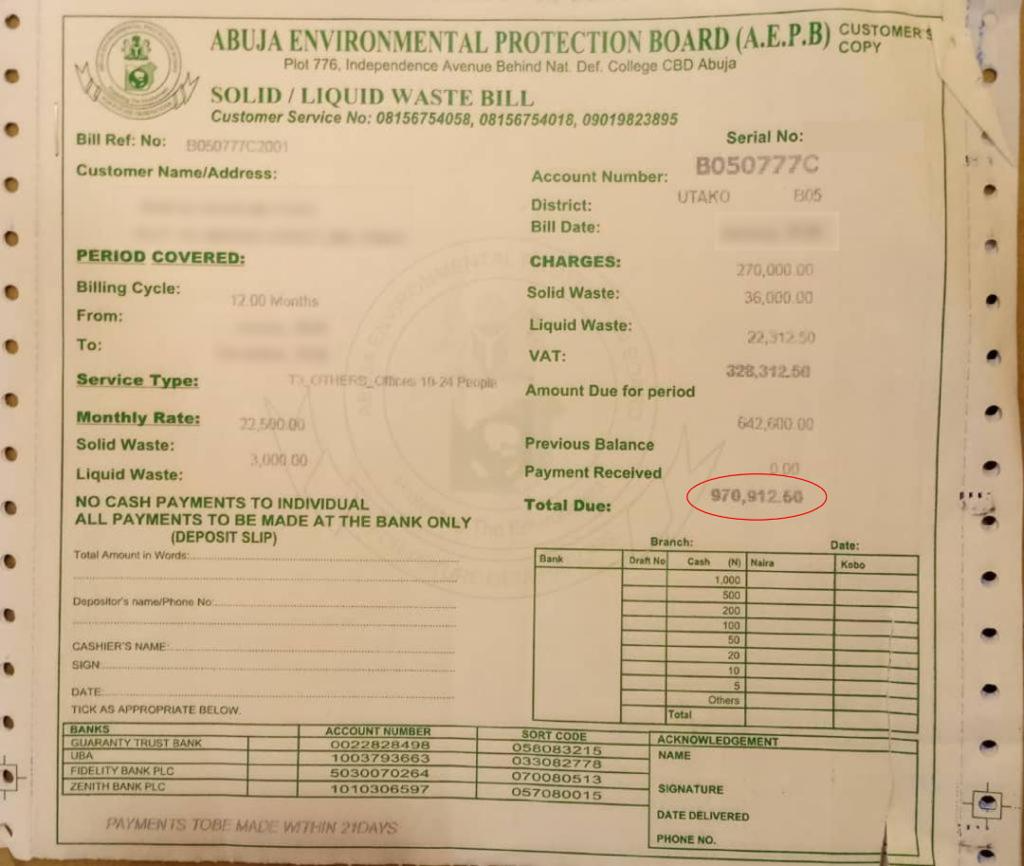 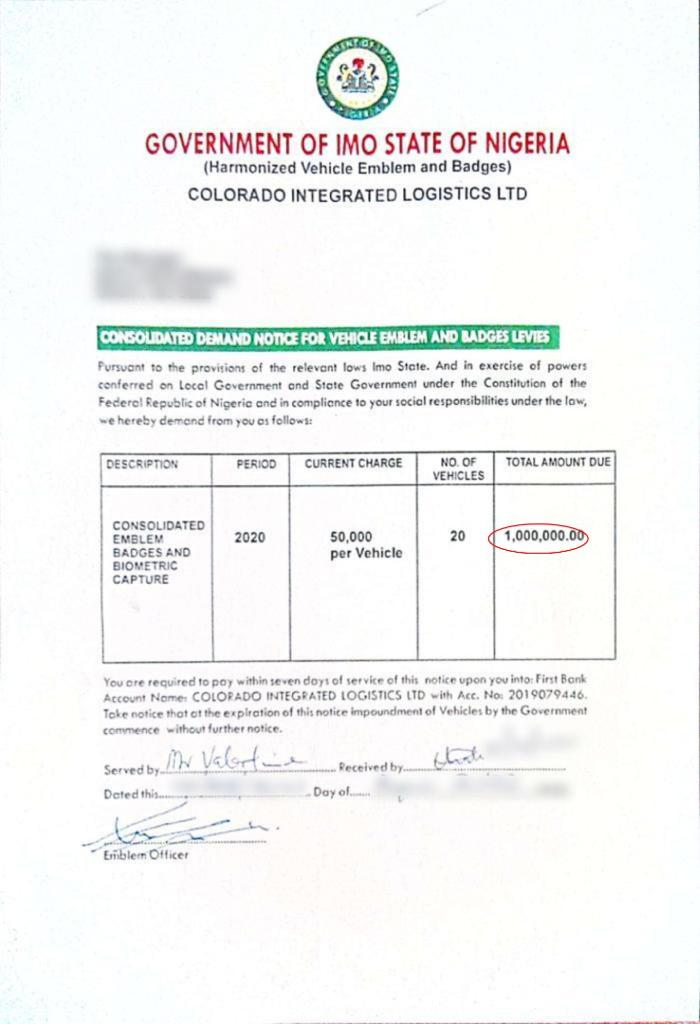 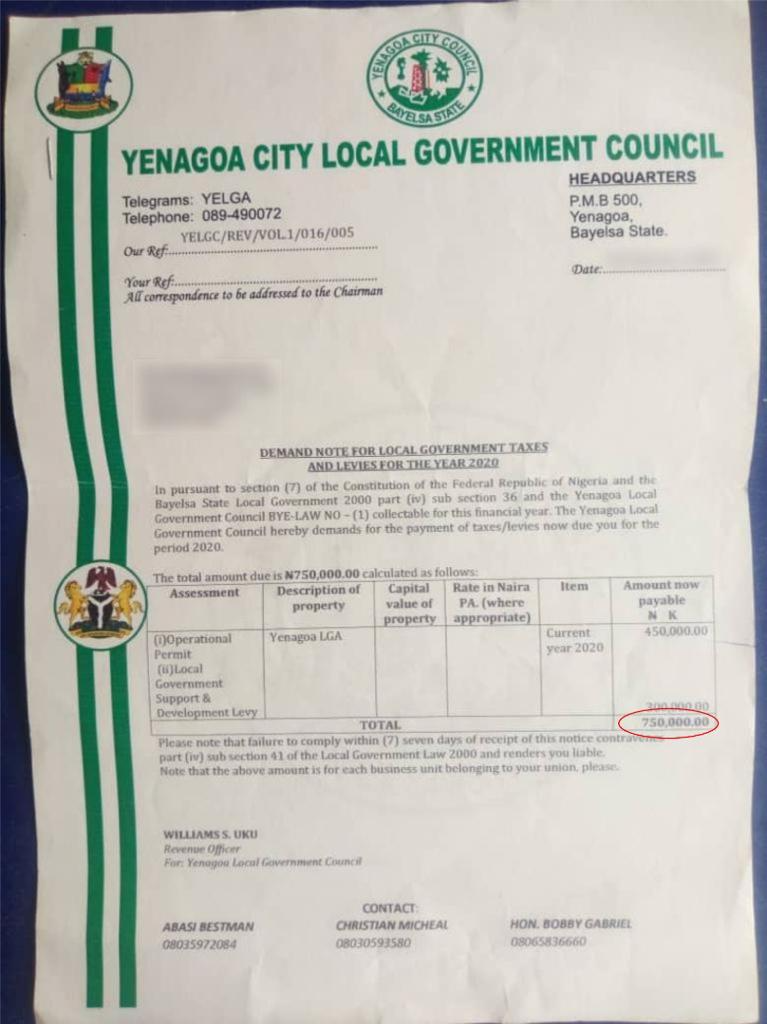 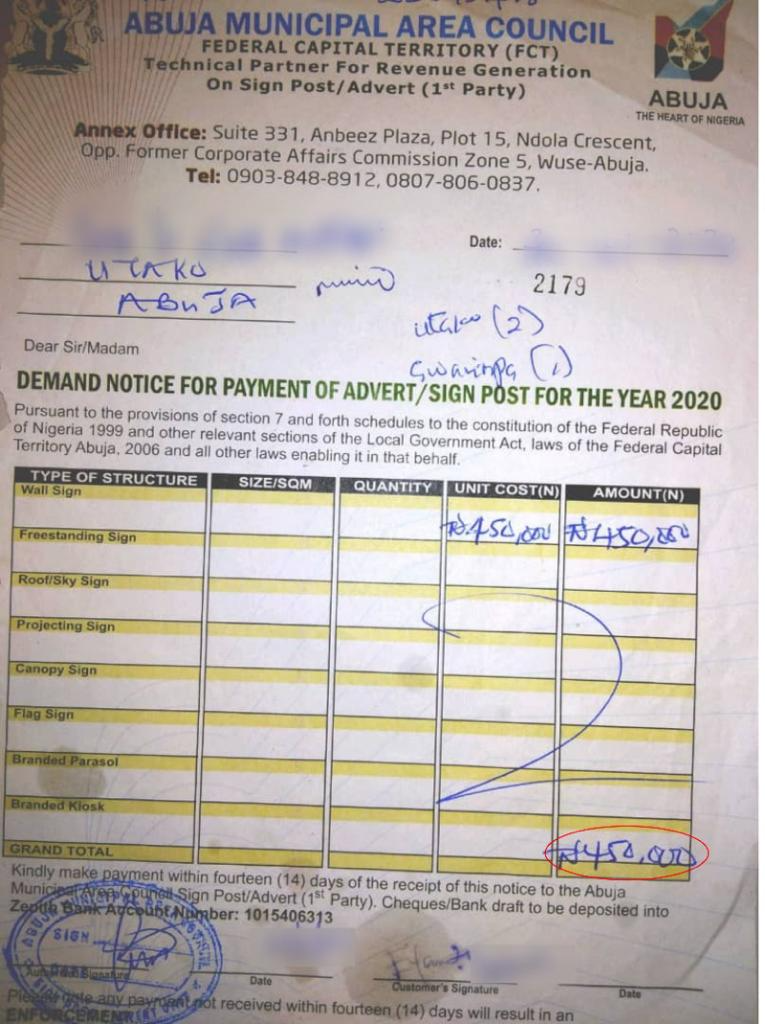 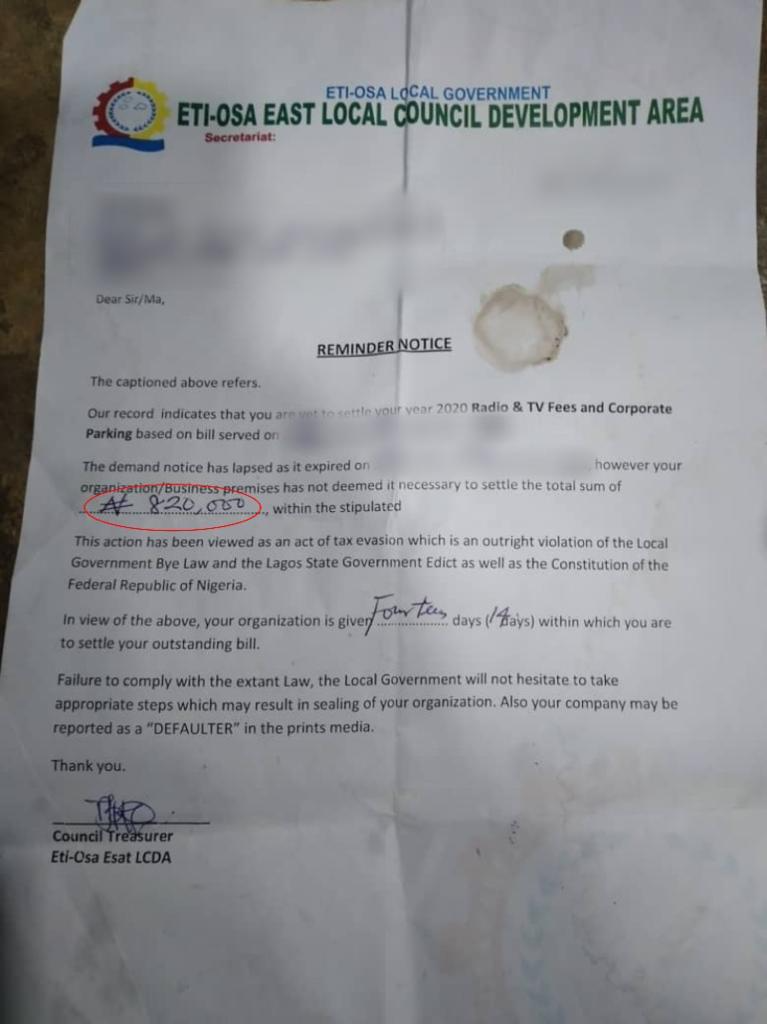 News: If there are no changes on this FSARS issue within one week, we will get back out there stronger- Naira Maley tweets as Falz and Runtown lead protest